Skip to content
Contact us +91-9810155682
E-mail: gurbax_s@yahoo.com Due to Covid 19 Pandemic Visitor Entry is Restricted by Appointment Only

Abstract
Purpose: To report Yag laser clot blast therapy for central retinal venous occlusion.
Methods & Materials: Prospective study of 10 patients. Best visual acuity was finger counting at 1 meter in all the cases, which
were subjected to the treatment. The cases were followed up for 2-4 years (2.5 years).
Results: In 10 cases visual acuity improved to 0.4 (20/50) in 1st week treatment. The best final visual acuity improvement was
20/30 in 8 and 20/40 in 2 cases.
Conclusions: Early Yag laser clot blast therapy is useful for rapid improvement of the visual acuity and prevents the complications
secondary to central venous occlusion.
Most of the cases of the occlusion of central retinal vein invariably turned out to be unsuccessful with medical therapy given
in the form of fibrinolytic agents, anticoagulants, hemodilution” and steroid4. The cases that present with Ischemic central retinal
venous occlusion with visual acuity of 20/200 or less are typically unfavorable’. In most instances, even the laser photocoagulation
does not yield a visual benefit compared with the natural course of the diseases. Surgical decompression of branch retinal vein
occlusion via arteriovenous crossing sheathotomy has been tried successfully by some67’8 to treat these cases but had led to
complications associated with interventional vitrectomy including accelerated nuclear sclerotic cataract formation and retinal
detachment. Others9 have tried to develop chorioretinal anastomosis at the site of the venous block. However, others1° are trying
to cannulise the blocked central retinal vein. As no single treatment for central retinal vein is yet successful, the authors tried a new
modality of treatment in cases of central venous retinal occlusion. 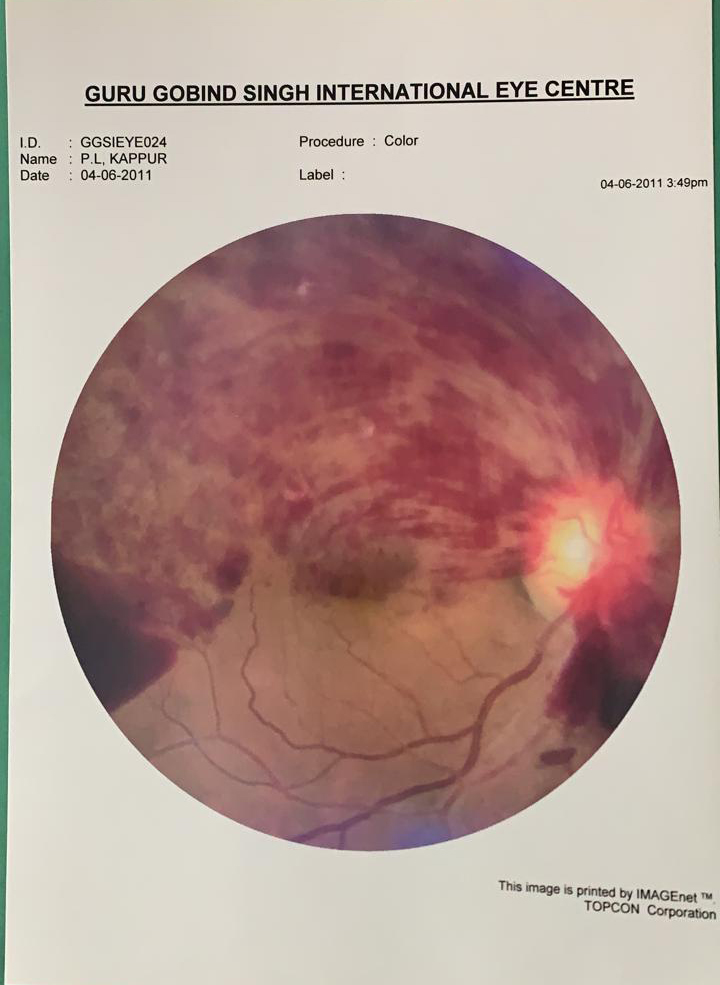 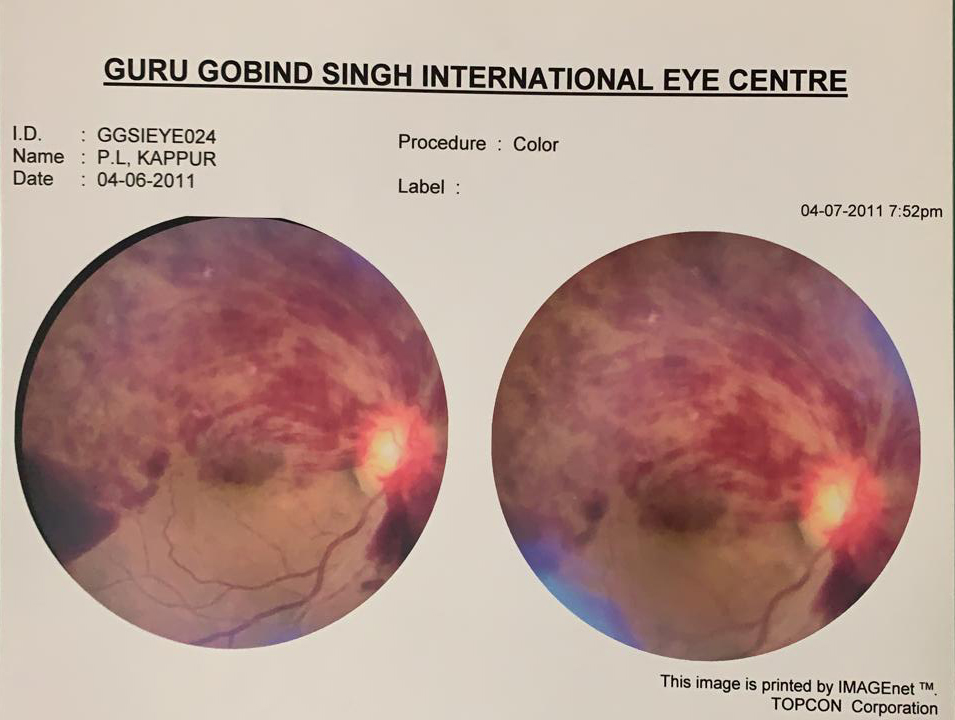